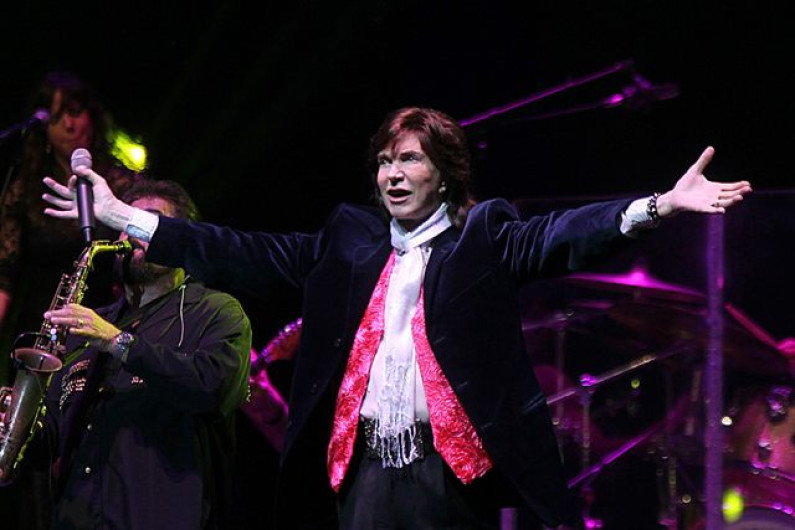 Camilo Sesto is the stage name of Camilo Blanes Cortés (born 16 September 1946). He is one of the most famous singers from Spain. He is also a songwriter, a music producer and composer of romantic pop and rock ballads in the Latino genre.

Sesto sang in two pop bands during the 1960s and won a contest in a Madrid TV show. He played a part in the Spanish filming of Shakespeare’s Hamlet. Later, he teamed up with singer and producer Juan Pardo, but success would come on its own accord, with his own music works.

As a composer he has written songs for artists such as Miguel Bosé, Lucía Méndez, Charytín Goyco and José José, among others. Camilo produced and translated the lyrics to Spanish, of an album from the popular Australian band Air Supply.

Throughout his career he remained as one of the most influential pioneer artists of rock/ballad in Spanish, that would inspire many newer acts in the Latino music world.

The Mid sixties marked the beginning of Sesto’s career. After editing his first record – with his band Los Dayson, in 1965 they traveled to Madrid to appear on TVE’s Salto a la Fama. In 1966, Sesto joined another band, Los Botines.

In 1967 the band appeared in the film El flautista de Hamelín. In 1970, Sesto recorded various singles like: “Llegará el Verano” y “Sin Dirección”, with the artistic name “Camilo Sexto”. He became his own producer and other artist’s. His solo career started in 1970 and in the same year he won the “Revelación” price, at the “Olés de la Canción” festival.

In 1971 and under his artistic name “Camilo Sesto” (with “s” not “x”), he appeared on Spanish TV’s program “Buenas Noches” singing “Algo de Mí” (his first No.1 record). Algo de Mi reached the Number 1 slot in Spain and most of the Spanish speaking world, and it maintained that top position for a whole year in most of Latin-America.