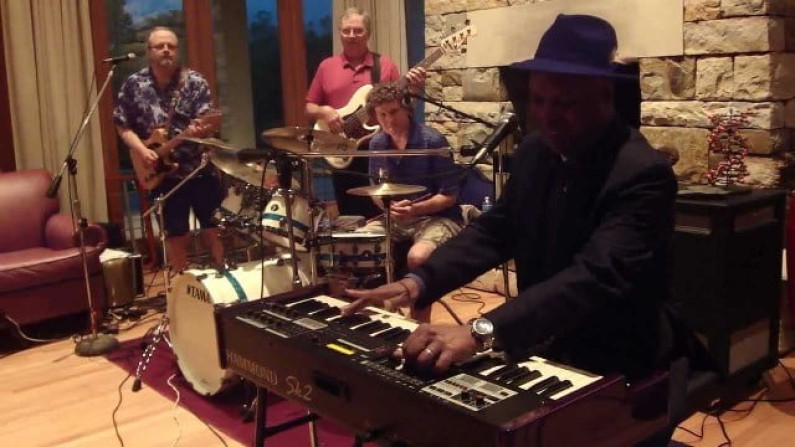 Booker T. Jones (born November 12, 1944) is an American multi-instrumentalist, songwriter, record producer and arranger, best known as the frontman of the band Booker T. & the M.G.’s. He has also worked in the studios with many well-known artists of the 20th and 21st centuries, earning him a Grammy Award for lifetime achievement.

Booker T. Jones, Sr. was a science teacher at the school, providing the family with a relatively stable, lower middle-class lifestyle. Jones was a musical prodigy, playing the oboe, saxophone, trombone, bass, and piano at school and organ at church.

Jones’s entry into professional music came at age sixteen, when he played baritone saxophone on Satellite (soon to be Stax) Records’ first hit, “Cause I Love You,” by Carla and Rufus (Thomas).

Willie Mitchell hired Jones for his band, in which Jones started on sax and later moved to bass. It was here that he met Al Jackson, Jr., who he brought to Stax.Simultaneously, Jones formed a combo with White and Porter, in which he played guitar.

In 2009 he released a new solo album, Potato Hole, recorded with the Drive By Truckers and featuring Neil Young. He performed at the Bonnaroo Festival with Drive By Truckers on June 6, 2009, with a set including most tracks from Potato Hole as well as some Truckers tracks. On January 31, 2010, Potato Hole won the Best Instrumental Album award at the 52nd Grammy Awards.

He is featured on the new Rancid album, Let the Dominoes Fall, playing a Hammond B-3 organ on the track “Up To No Good.”