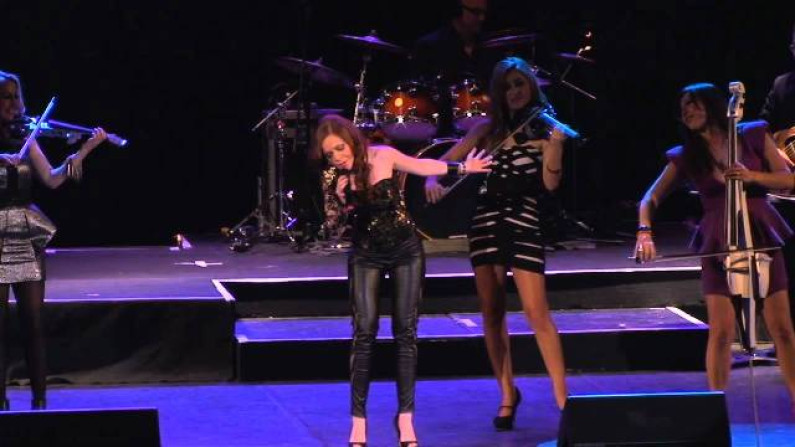 Bond or BOND (formerly often typeset as bond in deference to the owners of the 007 trademark) is an Australian/British string quartet that specialises in classical crossover and synthpop music. Bond has been described as the best-selling string quartet of all time,selling over 4 million records.

Bond was formed following initial conversations between music producer Mike Batt and promoter Mel Bush, after Batt suggested to Bush that the two of them should put together a quartet consisting of “four beautiful, talented musicians”.

Some time later, Bush pushed ahead with the idea, recruiting producer Gareth Cousins to help choose the line up and define the band’s sound.

This resulted in an initial four recordings the band made, leading to Bond being signed by Decca. Three of those original recordings, “Duel”, “The 1812” and “Dalalai”, were the backbone of the first album, Born, with producer Magnus Fiennes providing additional tracks and Mike Batt adding a remix of “Victory”, which became the first single.

Their début album Born was removed from the UK classical chart, apparently owing to its “sounding too much like pop music”. Born later rose to the #1 position on 21 different charts around the world. Shine, their second album, went gold in six countries.

Remixed, their third release, featured remixes from their first two hit albums as well as three new unreleased pieces. Their third studio album Classified was a popular and successful release: Classified went double platinum in Australia, reaching the number one spot on both the classical and pop charts. Explosive: The Best of Bond is a “best of” collection that includes three previously unreleased pieces. They also participated at the Miss World 2000 pageant in London.