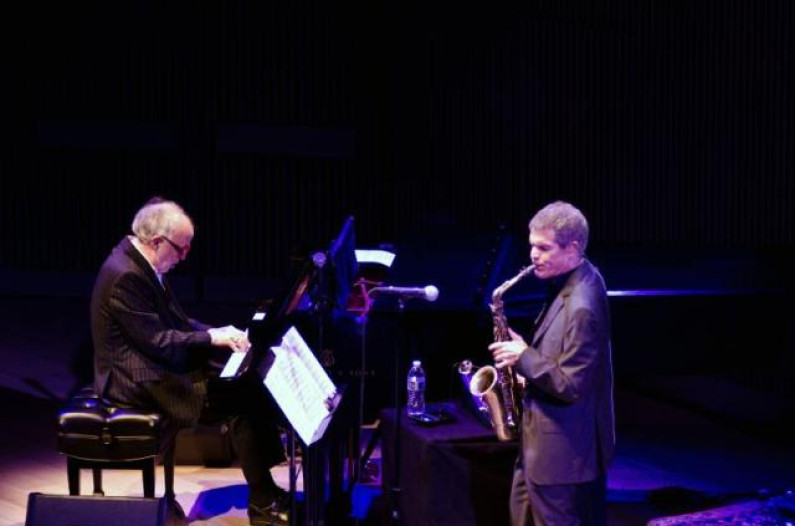 Double Vision is a 1986 album by Bob James and David Sanborn. The album was a successful smooth jazz release receiving frequent airplay. The album spent 63 weeks on the Billboard charts, topping out at #50 on the Billboard 200. In 1987 “Since I Fell for You” earned a Grammy Award nomination for Al Jarreau in the category Best R&B Vocal Performance, Male.

Robert McElhiney “Bob” James (born December 25, 1939) is an American two-time Grammy Award-winning smooth jazz keyboardist, arranger and producer. He is recognized as one of the original founders of smooth jazz, is renowned for the complexity of his arrangements and instrumentals, and his work is frequently sampled.

David Sanborn (born July 30, 1945) is an American alto saxophonist. Though Sanborn has worked in many genres, his solo recordings typically blend jazz with instrumental pop and R&B.

He released his first solo album Taking Off in 1975, but has been playing the saxophone since before he was in high school. Sanborn has also worked extensively as a session musician, notably on David Bowie’s Young Americans (1975).

One of the most commercially successful American saxophonists to earn prominence since the 1980s, Sanborn is described by critic Scott Yannow as “the most influential saxophonist on pop, R&B, and crossover players of the past 20 years.”

Sanborn is often identified with radio-friendly smooth jazz. However, Sanborn has expressed a disinclination for both the genre itself and his association with it.

In his three-and-a-half-decade career, Sanborn has released 24 albums, won six Grammy Awards and has had eight gold albums and one platinum album. He continues to be one of the most highly active musicians of his genre, with over 150 tour dates in 2010.