Bay City Rollers – Give It To Me Now 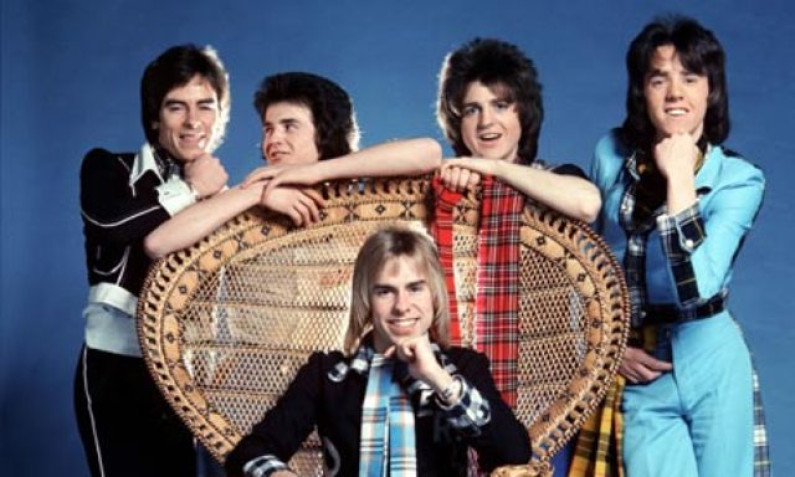 Bay City Rollers – Give It To Me Now

The Bay City Rollers are a Scottish pop band whose popularity was highest in the mid 1970s. The British Hit Singles & Albums noted that they were “tartan teen sensations from Edinburgh”, and were “the first of many acts heralded as the ‘biggest group since the Beatles’ and one of the most screamed-at teeny-bopper acts of the 1970s”.

On 22 September 2015 The Bay City Rollers, including McKeown, Stuart “Woody” Wood and Alan Longmuir announced that were reforming and would play a show at the Glasgow Barrowlands on December 20.

In 1966 bassist Alan Longmuir, his younger brother, drummer Derek Longmuir and their schoolfriend, lead singer Gordon “Nobby” Clark, founded The Saxons in Edinburgh, Scotland. Soon after, they changed to The Bay City Rollers by throwing a dart at a map of the United States, which landed “near” Bay City, Michigan.

The Bay City Rollers’ first manager was Tam Paton, himself a former big band leader. Short-term members from this period included bassist David Paton (from 1969–70) and keyboardist Billy Lyall (1969–71), who went on to be founding members of another successful Edinburgh band, Pilot.

After signing with Bell Records, the band’s first hit was “Keep On Dancing” (UK No. 9, 1971), a cover of a 1965 hit by The Gentrys, recorded with record producer Jonathan King. Clark was backed on vocals on “Keep On Dancing” by King, multi-tracked.

Upon this release’s success, they made appearances on BBC One’s Top of the Pops. The group then won a Radio Luxembourg-sponsored song contest with the tune “Mañana”, which was later popular in parts of Europe and in Israel.

Several non-charting singles were released over the following two years. This period saw the addition of long term member guitarist Eric Faulkner. In mid-1973 they narrowly missed the UK Singles Chart with the fourth single, “Saturday Night”, one of many songs written and produced for the band by the songwriting duo of Scotsman Bill Martin and Irishman Phil Coulter.