ASWAD – What Is Love 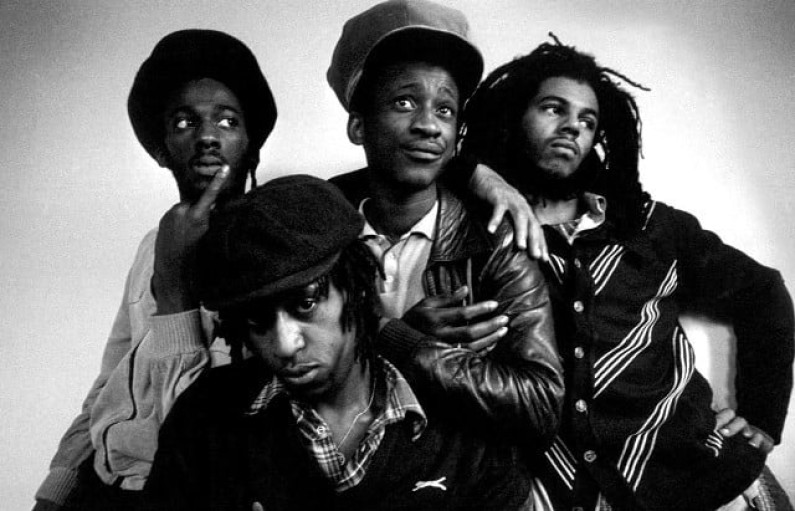 ASWAD – What Is Love

The members of Aswad are UK descendants of immigrants from the Caribbean. They attended John Kelly/Holland Park School.

They became one of the UK’s top reggae bands in the 1980s, following the departures of Hemmings (in 1976), Oban and Griffiths (both in 1980), and the arrival of Tony “Gad” Robinson (first as a replacement for Hemmings and then for Oban).

They were distinctly different from Jamaican reggae acts, in that they wrote songs that dealt with the issues surrounding the experiences of black youths growing-up in the UK; such as “Three Babylon” and “It’s Not Our Wish”, and the powerful jazz-influenced instrumental “Warrior Charge”.

Aswad gained a wider audience with the New Chapter album (1981). “Love Fire” gained wide recognition when it was used as the backing rhythm for Dennis Brown’s “Promised Land”.

Among Aswad’s catalogue of hits is “Don’t Turn Around”, a UK No. 1 hit in 1988, originally recorded by Tina Turner as a B-side to her “Typical Male” single. They followed this up with UK No. 11 hit “Give A Little Love”, and a reggae flavoured rendition of “Best of My Love”, first popularized and written by The Eagles.

In 1989, they contributed the single, “Set Them Free” to the Greenpeace Rainbow Warriors album. In the same year they performed together with Sir Cliff Richard the song “Share A Dream” recorded the previous year, at Wembley Stadium as part of The Event (16 and 17 June 1989). Their next hit, “Shine”, was released in 1994. Another track was the upbeat 1998 remake of The Police’s “Invisible Sun”, performed with Sting.

The band also hold the distinction of having played with each one of the ex-Wailers.

Brinsley Forde left Aswad in 1996 for spiritual reasons, and rejoined briefly in 2009 for the Island record label’s 50th anniversary celebrations. Since Forde’s departure, the band has consisted of the duo of Gaye and Robinson.