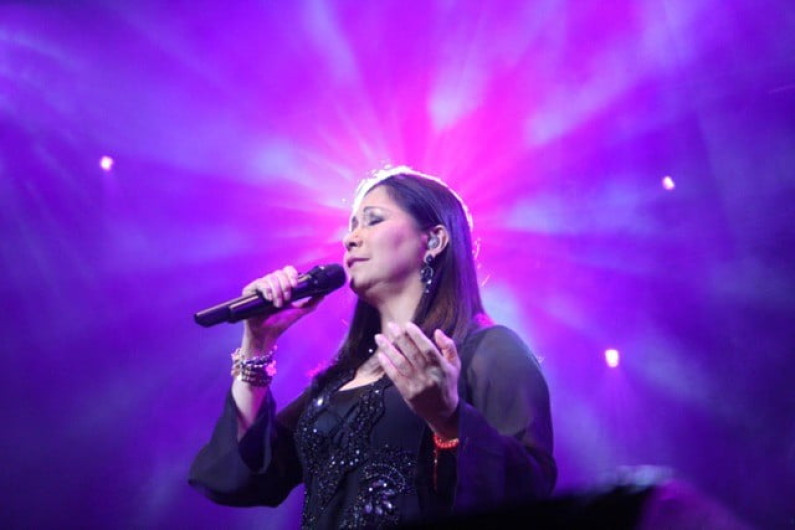 Ana Gabriel (born María Guadalupe Araújo Yong, December 10, 1955) is a Mexican singer and songwriter from Santiago de Comanito, Sinaloa, Mexico. She first sang on the stage at age six, singing “Regalo A Dios” by José Alfredo Jiménez. She moved to Tijuana, Baja California and studied accounting. At age 21, in 1977, she recorded her first song, titled “Compréndeme”. During her long career, she has hits in three different genres of music: rock en español, Latin pop, and rancheras.

In 1987, Ana Gabriel won third place at the OTI Festival in 1987, celebrated in Lisbon, Portugal, where she performed an orchestral version of the pop-power ballad song “Ay Amor”, which later was released as a single in its album version; it climbed to the top position in Mexico, all-over Ibero-America and on the Billboard Hot Latin Tracks chart for 14 consecutive weeks.

In 1988 Gabriel released her first album, Tierra de Nadie, followed by Pecado Original in 1989, which met with some chart success. Her 1990 album Quien Como Tú made her a force within the Mexican music industry.

Throughout the 1990s Gabriel released an album almost every year. A versatile singer, she showcased her talent as an interpreter of many different musical styles, from lambada to mariachi and romantic ballads to pop music.