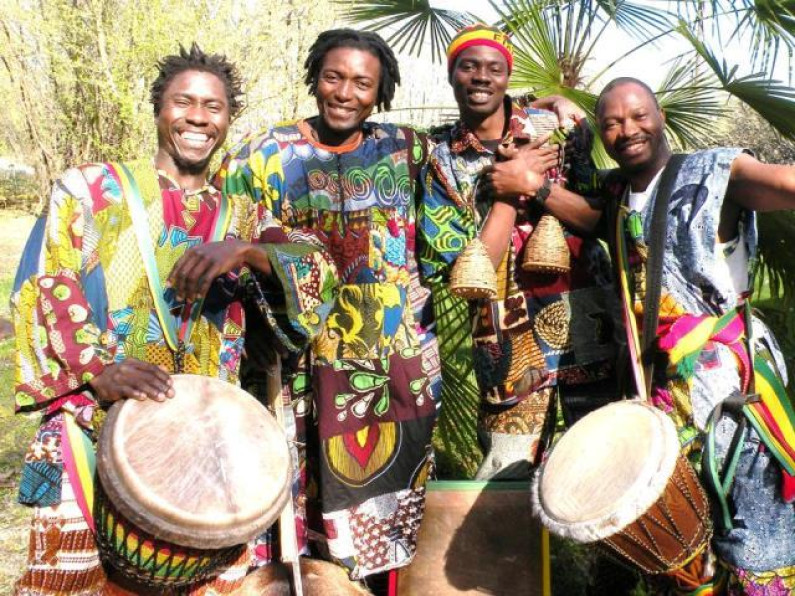 Given the vastness of the continent, the traditional music of Africa is historically ancient, rich, and diverse, with the different regions and nations of Africa having distinct musical traditions.

Traditional music in much of the continent is passed down orally (or aurally) and is not written. In Sub-Saharan African music traditions, it also frequently relies heavily on percussion instruments of every variety, including xylophones, drums, and tone-producing instruments such as the mbira or “thumb piano.”

The music and dance of the African diaspora, formed to varying degrees on African musical traditions, include American music and many Caribbean genres, such as Soca, Calypso (see kaiso) and Zouk.

North Africa (red region on map below) is the seat of ancient Egypt and Carthage, civilizations with strong ties to the ancient Near East and which influenced the ancient Greek and Roman cultures.

Eventually, Egypt fell under Persian rule followed by Greek and Roman rule, while Carthage was later ruled by Romans and Vandals. North Africa was later conquered by the Arabs, who established the region as the Maghreb of the Arab world.

Like the musical genres of the Nile Valley and the Horn of Africa (sky-blue and dark green region on map) its music has close ties with Middle Eastern music and utilizes similar melodic modes (maqamat).