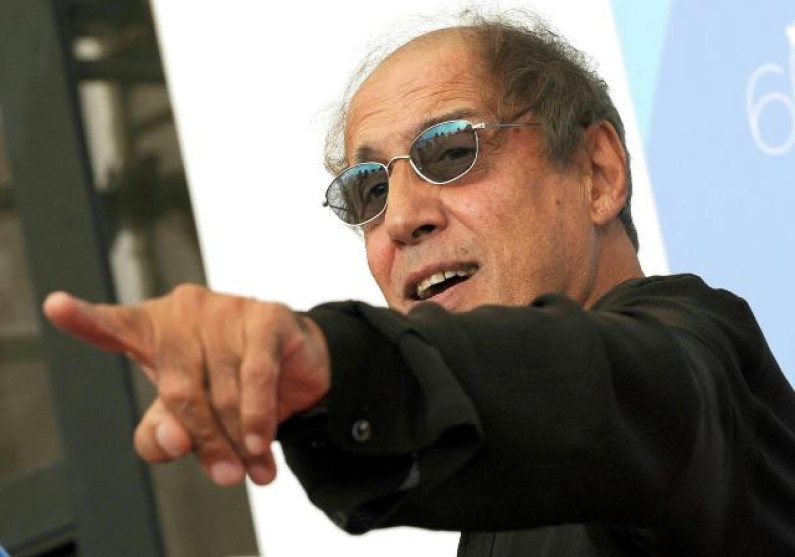 Celentano was born in Milan at 14 Via Gluck, about which he later wrote the famous song “Il ragazzo della via Gluck” (“The boy from Gluck Street”). His parents were from Foggia, in Apulia, and had moved north for work.

Heavily influenced by his idol Elvis Presley and the 1950s rock revolution and by the American actor Jerry Lewis, he has retained his popularity in Italy for over 50 years, selling millions of records and appearing in numerous TV shows and movies.

In the latter respect, he has also been a creator of a comic genre, with his characteristic walking and his facial expressions. For the most part, his films were commercially successful; indeed in the 1970s and part of the 1980s, he was the king of the Italian box office in low budget movies. As an actor, critics point to Serafino (1968), directed by Pietro Germi, as his best performance.

As a director he frequently casts Ornella Muti, Eleonora Giorgi and his wife Claudia Mori. He and Claudia have three children; Rosita, Giacomo and Rosalinda Celentano, most notable to worldwide audiences for playing Satan in Mel Gibson’s The Passion of the Christ. He also often works as a host on several Italian television shows.

He has released forty albums, comprising twenty nine studio albums, three live albums, and eight compilations. His most famous songs are “La coppia piu’ bella del mondo”, which sold over one million copies, and was awarded a gold disc; “Azzurro” (1968), written by Paolo Conte; and “Prisencolinensinainciusol” (1972), which was written to mimic the way English sounds to non-English speakers despite being almost entirely nonsense.

Celentano was referenced in the 1979 Ian Dury and the Blockheads song and single, “Reasons to be Cheerful, Part 3”, as one of the aforementioned “reasons to be cheerful,” and in Fellini’s 1986 film Ginger and Fred.

Adriano Celentano has been a vegetarian since 2005 and defends animal rights.

A football fan, Celentano is a well-known Inter Milan supporter.

His last concert-event, after 18 years without live performances, was transmitted on Mediaset channel Canale 5, with over 9 million viewers both evenings.