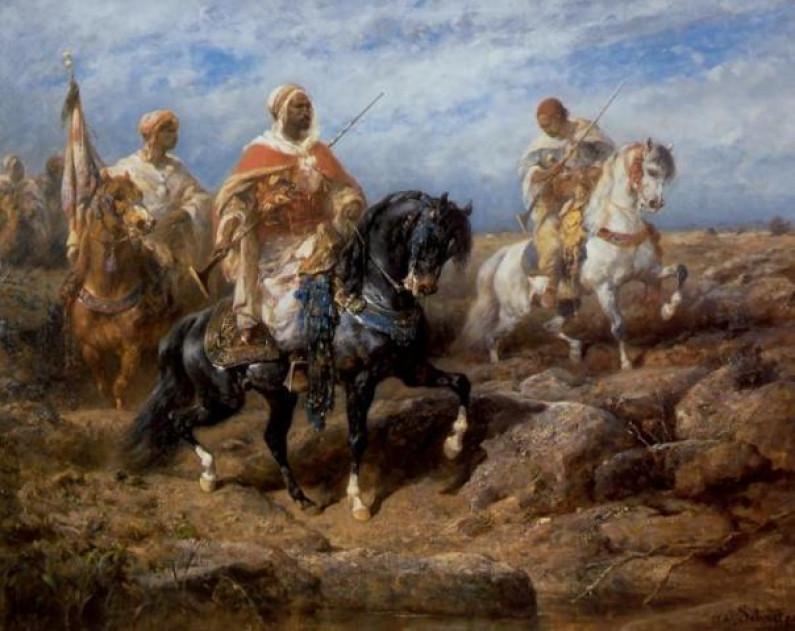 He studied art first at the Städel Institute in his native town, and then at Stuttgart and Munich. He painted many of his favourite subjects in his travels in the East.

He first accompanied Maximilian Karl, 6th Prince of Thurn and Taxis through Hungary, Wallachia, Russia and Turkey; then, in 1854, he followed the Austrian army across the Wallachian frontier.

Schreyer was, and is still, especially esteemed as a painter of horses, of peasant life in Wallachia and Moldavia, and of battle incidents. His work is remarkable for its excellent equine draughtsmanship, and for the artist’s power of observation and forceful statement and has found particular favour among French and American collectors.

Of his battle-pictures there are two at the Schwerin Gallery, and others in the collection of Count Mensdorff-Pouilly and in the Raven Gallery, Berlin. His painting of a Charge of Artillery of Imperial Guard was formerly at the Luxembourg Museum.