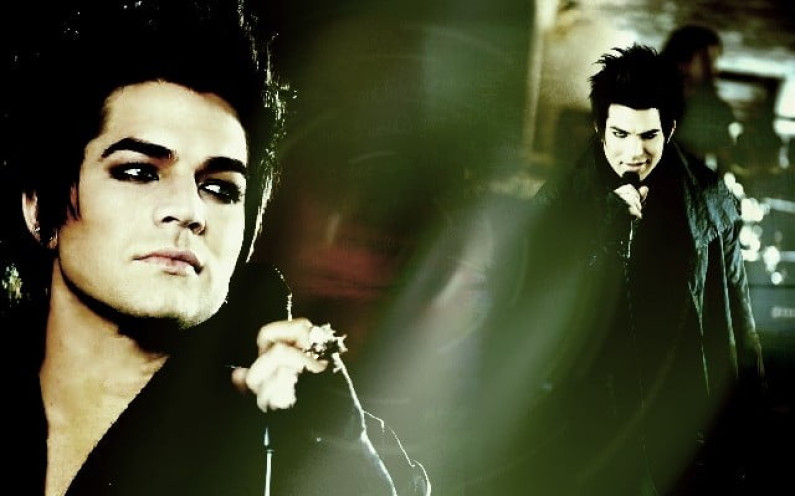 Adam Mitchel Lambert (born January 29, 1982) is an American singer, songwriter and stage actor. Since 2009, he has sold over 2.5 million albums and 5 million singles worldwide.

Lambert rose to fame in 2009 after finishing as runner-up on the eighth season of American Idol.Later that year, he released his debut album, For Your Entertainment, which debuted at number three on the U.S. Billboard 200.

The album spawned several hit singles, including “Whataya Want from Me”, for which he received a Grammy nomination for “Best Male Pop Vocal Performance.”

In 2012, Lambert released his second studio album, Trespassing. The album premiered at number one on the U.S. Billboard 200, making him the first openly gay artist to top the album charts.

In 2015, Lambert released his third album, The Original High, which debuted at number three on the U.S. Billboard 200.

Alongside his solo career, Lambert has collaborated with rock band Queen as lead vocalist since 2011, culminating in a successful world-wide tour from 2014 to 2016.

Lambert was born in Indianapolis, Indiana, on January 29, 1982, to mother Leila, a dental hygienist; and father Eber Lambert, a program manager for Novatel Wireless.

He has a younger brother, Neil.His father is of mostly Norwegian descent and his mother is Jewish. Lambert was raised in his mother’s religion.

Shortly after his birth, his family moved to San Diego, California.Lambert began performing with Metropolitan Educational Theatre network (now MET2) from the age of nine.

A few years later, he began more intense acting and vocal coaching, continuing to perform with both MET2 and what was to become the Broadway Bound Youth Theatre Foundation, as he moved through Mesa Verde Middle School and then Mount Carmel High School.There, he became heavily involved with theater and choir, performed vocals with the school’s jazz band, and competed in the local Air Bands competitions.